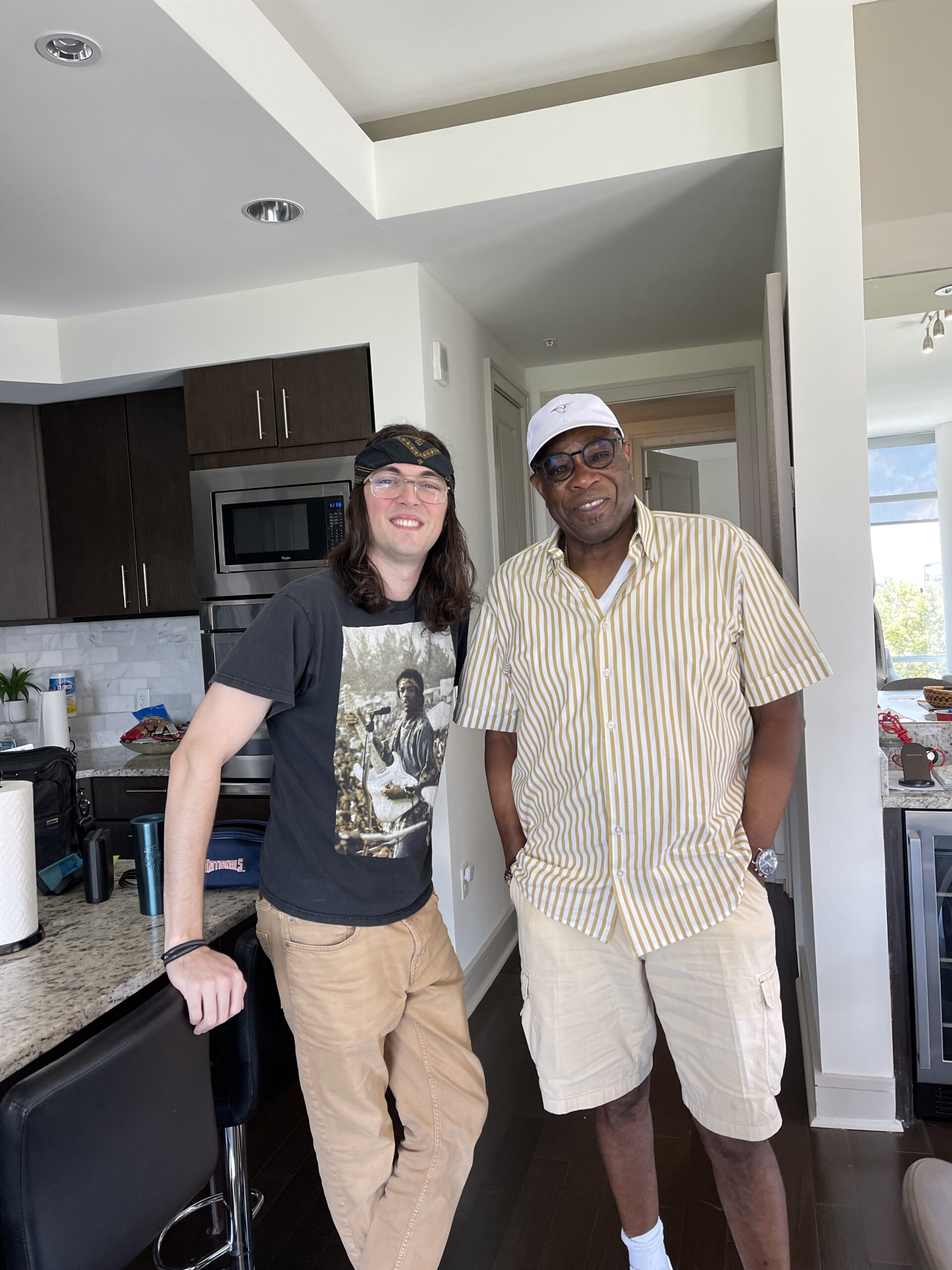 Houston Astros manager Dusty Baker stops by the campfire to tell some of the greatest stories we’ve ever heard; the man smoked a joint with Jimi Hendrix, saw Janis Joplin incite a hippie riot, and caught one of Bob Marley’s final concert. This episode was released in exclusive partnership with Rolling Stone Magazine, so while you can see an excerpt of the story and listen to it below, we encourage you to read it here.

Stream instantly above and via Apple, Spotify, or find your preferred service of choice here.

WHEN THE HOUSTON Astros and the New York Yankees take the field for Game One of the American League Championship Series tonight, Johnnie B. Baker Jr. — affectionately known as “Dusty” because, as a child, he loved to play in the alluvial dirt of Riverside, California — will be there. As the Astros’ manager places that first, fresh toothpick in his mouth and sets foot on the lightly moisturized dirt of Minute Maid Park, we’ll all have the great honor of watching the man who many say co-invented the high five continue his long, storied run in American sports. Yet somehow that isn’t even the coolest thing about this future Hall of Famer. Rather, it’s a manifestation of the cool that radiates from within him.

The 54-year MLB veteran’s first love was music, a passion that led him to forge some incredible core memories arguably more impressive than anything he’s been part of on the diamond. On a recent gameday morning, I sat down with Baker, 73, at his modest high-rise apartment in Houston to hear some of those stories.

The origin of this conversation was a last-minute invitation from WNBA champion Sydney Colson to catch an Astros game at the end of the 2021 season. Sitting in some prime seats behind home plate, I was a guest of Sydney, who was a guest of Dusty that night. After the game, we went to a nearby bar to celebrate the Astros’ victory on a rare walk-off walk — and, to my surprise, Baker himself showed up with a tote bag of wine bottles, enough for each of us to go home with one. We talked late into the night about music and life; how he saw one of Bob Marley’s final concerts, what kind of music used to get played at Studio 54, and how he got the nickname “Brave Eagle” (more on that later).

The interview took nearly a year to happen, but when Baker and I finally sat down to talk, the stories came pouring out once again. (This interview has been condensed and edited for clarity.)

He fell in love with rock & roll after seeing Jerry Lee Lewis on TV.

As a kid, Baker wanted to play guitar, but his mom insisted he study piano instead. “My dad had an old piano that he painted pink,” he recalls. “My mom wanted me to always play the boring scales, and I had to play in front of the church like, ‘And now… Johnnie B Baker Jr. will play ‘Hungarian Rhapsody’ followed by ‘Blue Danube’. And I’m like, ‘Mom, this is not what I want to play.’”

A pivotal moment came when Baker was about 10 years old. “We had this black-and-white TV with the antenna on top,” he adds. “I saw Jerry Lee Lewis and the flames coming out the piano and his feet on top of the piano and I was like, ‘Man, this is how I want to play it.’” (We believe Baker may be recalling Lewis’ 1957 appearance on American Bandstand.)

“So [one day] I was practicing ‘Great Balls of Fire,’ man. My mom came in, I didn’t think she was home, and I had my feet on top of the piano and she had a fit. ‘What? Have you lost your mind?’ I said, ‘No, Mama, I’m playing like Jerry Lee Lewis!’ She said, ‘Your name is Dusty Baker and you got to get your feet off of that piano before I beat your butt!’”

Read the rest of the story over at Rollingstone.com

Dive straight into the feedback!Login below and you can start commenting using your own user instantly